Dozens of guests from Israel and Angola celebrated the opening of the Fundação Arte e Cultura’s new local community center in Angola. Among the honorable participants were Haim Taib, President of the Menomadin Foundation, and João Pedro da Cunha Lourenço, Angola’s Secretary of State for Cultural and Creative Industries.

Management representatives of the Menomadin Foundation, Mitrelli Group, and Fundação Arte e Cultura inaugurated a new and unique activity complex, based on a proven Israeli model, in the Ilha Do Cabo area of Luanda. The first of its kind in Africa, the community center complex hosts informal educational activities, aiming to empower children, youth, adolescents, and women through arts, music, and culture. The impressive complex includes customized classrooms and open spaces, a new 300-seat amphitheater for concerts and plays, a library where the center’s educational activities take place, and a volunteer-run computer classroom for basic computer courses. The center also houses the new offices of the Foundation’s management.

In addition to the 350 local children and youth who are already registered for the center’s extracurricular activities, community members of all ages are taking advantage of the variety of the cultural events it hosts. Haim Taib, President of the Menomadin Foundation and Founder of the Fundação Arte e Cultura, said at the ceremony, “Since 2006, we have been supporting culture, arts, and education for youth in Angola with the understanding that these areas are the foundation of our lives as human beings. I am very excited to see the activities and opportunities provided to children and their families. In retrospect and looking into the future, we are delighted by the work being done here, which has so far directly impacted more than 5,000 local children.” Taib added that there are plans underway to launch similar activities in the city of Huambo in the near future.

Representing the Minister of Culture at the event, João Pedro da Cunha Lourenço, Angola’s Secretary of State for Cultural and Creative Industries, congratulated the Foundation’s staff for their work and contribution towards the development of the community and society in Angola. Lourenço, who has followed the Foundation’s activities in recent years, said the Ministry of Culture is proud to support the Foundation’s efforts to achieve its social goals and to enable collaborations between the foundation’s projects and government institutions. “Both social responsibility and social inclusion are manifested in the Fundação’s mission and work,” said Lourenço. 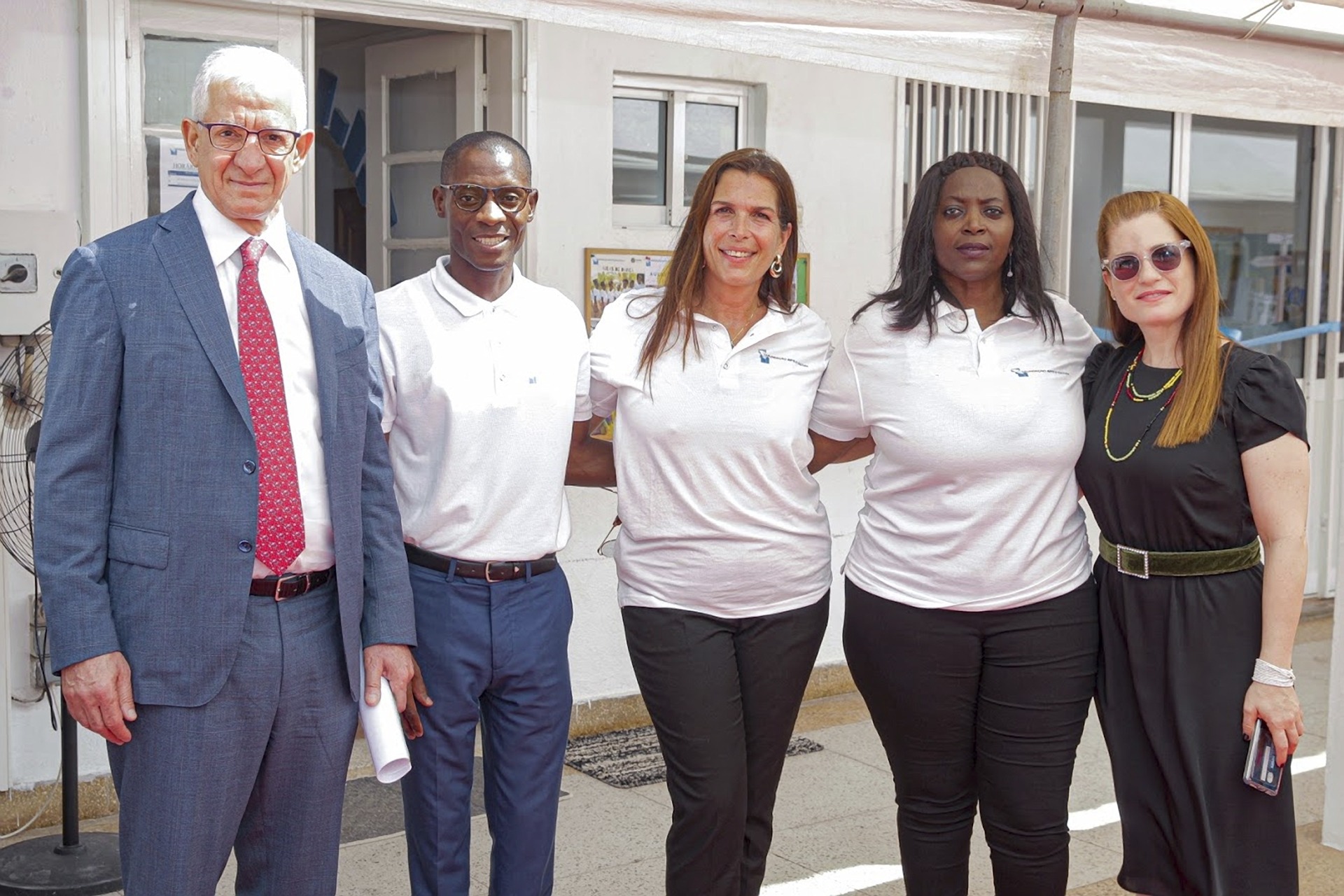 The Fundação Arte e Cultura was established in 2006 in Luanda, the capital of Angola. Located at the heart of a residential neighborhood, the Foundation’s community center enables a variety of projects that touch all aspects of life in the local community. Art is the tool through which the Fundação helps the local population address struggles and hardships.

The center offers a variety of activities for youth to enjoy; they learn to read, write, dance, paint and sculpt, doing arts and crafts with recycled plastic and wood. They can also work in the community garden, which demonstrates the importance of collaborative work and teaches them how to grow organic, healthy food on their own. The Fundação also empowers women through a cooperative in which groups of local women gain educational and vocational skills: they are taught how to sew and they learn management, marketing, and finance. The skills they learn enable them to launch their own business: in one such example, 25 women who have been trained by the cooperative have already set up a joint sewing and distribution business.

A long-standing project of the Fundação is the Tamar Golan Art Gallery, named after the first Israeli ambassador in Angola. The gallery was founded in 2014 in memory of her great love of Angola, its culture, and its people. Today, the gallery stands amongst the important galleries in Luanda and serves as a springboard for many young people who have become prominent artists in Angola and around the world. It’s a social business and most of the proceeds go directly to the artist, with a small portion dedicated to supporting activities that the artists hold for local youth. Naama Margalit, who has been managing the Foundation for the past few years, proudly shares that more than 20 well-known artists in Angola have started their professional journey in the gallery, and some 2,300 children from nearby neighborhoods and orphanages have visited the gallery since its inception.

“Our activity is not confined to the community center,” adds Naama. “Every week, the Fundação’s staff goes out to city parks to the many children living in the streets of Luanda. Unfortunately, many of these children are addicted to drugs, especially oil-sniffing, which is a common form of substance abuse in this area. Some of them are very young boys and girls with no home, food or money. In a project called ‘An Hour of Music’ we provide food while engaging them with music, dancing, lectures, and other activities. When necessary, we evacuate children to hospitals and seek suitable housing arrangements in orphanages. In some cases, we even manage to bring them back safely to their families.” In the past year, the Foundation has started a follow-up project, in which the staff provides ongoing support to a number of boys who live in the streets. “We help them acquire knowledge through basic education in order to embark on a new path and create a better future with meaning and purpose. Empowering the community to maintain its progress through its people is undoubtedly one of the main goals of our work,” says Naama with much excitement. “Many of the children who benefited from the Fundação’s activities are now staff members of the community center; today they enable our growth and expansion so that we can continue to nurture the younger generations.”