Facilitating the integration of ultra-Orthodox Jews (Haredi) into the Israeli Hi-Tech industry may have positive and long-term economic and social impact. The respectable livelihood a career in IT can offer, can contribute to the quality of life and opportunities, for them and for their children. In the social aspect, working alongside people from other groups in Israeli society will promote their inclusion, and thus strengthen the country’s social resilience. Not to mention the benefits for the hi-tech companies, gaining quality employees with high work ethic.

According to a report by Kama-Tech, an association established by ultra-Orthodox entrepreneurs to facilitate the integration of young Haredi men and women in the forefront of the Israeli professional hi-tech workforce, and the IATI (The Israel’s Advanced Technology Industries), although there has been a significant increase in the number of ultra-Orthodox workers in hi-tech since 2014, in 2021 their share is only about 3%.

The low employment rate of the ultra-Orthodox in hi-tech is caused by various reasons, with gaps in technological training and prejudice on the part of employers being the most prominent.

“We decided to change reality”

“We started our efforts to integrate the ultra-Orthodox in hi-tech about 8 years ago”, says Moshe Friedman, Kama-Tech’s CEO and co-founder, “At that time, the Haredi presence in hi-tech was very low, and we decided to change that reality”.

Kama-Tech initiated conferences and events to raise awareness among young ultra-Orthodox men and women of the opportunities working in the hi-tech industry can offer, while maintaining a strict ultra-Orthodox lifestyle. At the same time, they initiated technological training programs dedicated for the Haredi community, in collaboration with major hi-tech companies and government ministries, and worked with hi-tech companies to boost the demand for workers from the ultra-Orthodox sector.

Kama-Tech also worked to cultivate Haredi start-up entrepreneurships. “Thanks to our efforts, there are currently about 60 active hi-tech companies in Israel, some worth billions of dollars, that were established by ultra-Orthodox entrepreneurs”, he says proudly. 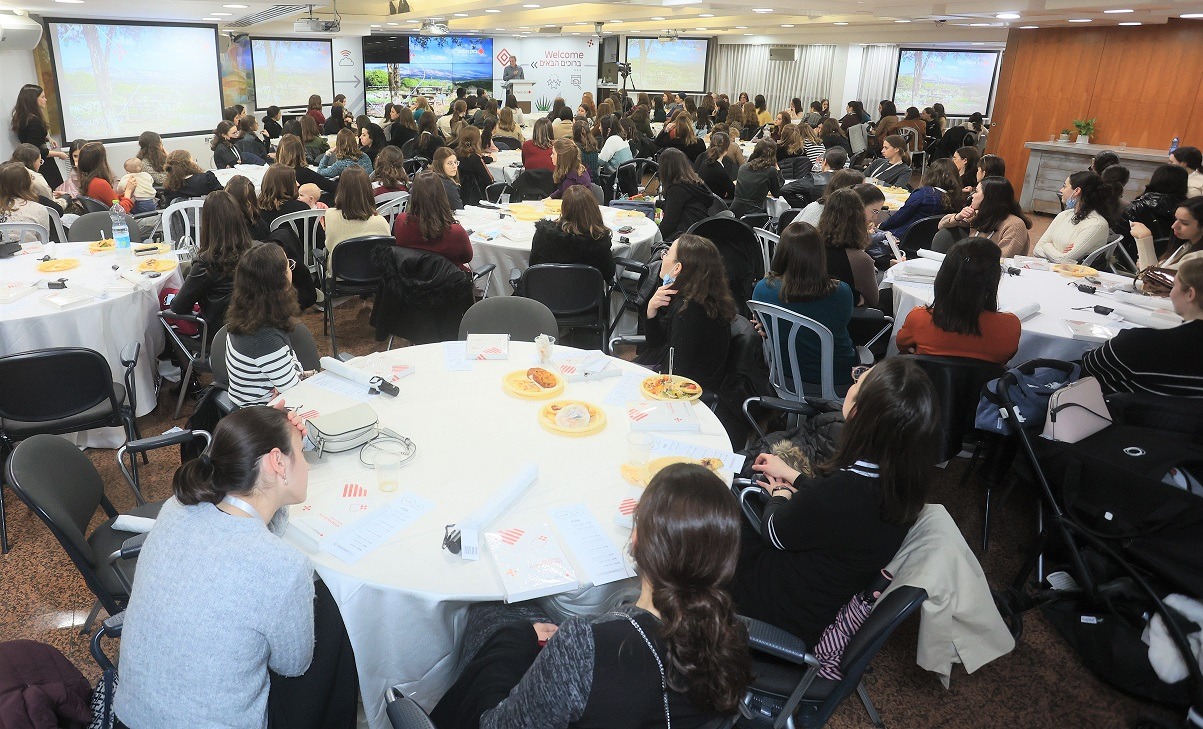 “We realized the potential”

Kama-Tech’s activity attracted widespread media attention, which led to a massive response, both from the Ultra-Orthodox and the hi-tech companies.

“The Ministry of Economy had operated technological training programs, dedicated for the Ultra-Orthodox population, for several years already, as part of MAHAT, The Government Institute for Technology and Science”, Friedman continues, “we realized that about 10% of Haredi women choose to continue their studies in these IT programs, and that many of them found jobs in hi-tech, but in the relatively simple and low-wage positions, earning about 25% less than the average non-Haredi women salary in the industry”.

Kama-Tech found that the main barrier preventing Haredi women from getting the high-paying positions in the leading companies is the gap in training, in comparison to the academic tracks in universities.

“We realized the potential and started thinking of ways to upgrade the MAHAT training programs so they could lead to better job placement”, says Friedman. And so, about 4 years ago, Kama-Tech founders established Extra-Tech, a technological training and career placement company, dedicated for ultra-Orthodox women.

Extra-Tech is based on an innovative training model, tailored to the needs of its target audience. The courses are mostly online, which enables schedule flexibility, and the curriculum adapted to current market demands, and includes video lectures from some of the world’s leading universities.

“For every student who studies 1,300 hours as part of the MAHAT program we added 700 hours of our own, which brings her to the level of a computer science graduate at the university”, Friedman explains, “Of the 2,000 graduates each year, 150-200 outstanding students are selected to participate in intensive training tracks known as ‘Bootcamps’, which we initiate in cooperation with leading hi-tech companies, tailored for positions currently in demand by those companies”.

Today, Extra-Tech operates about 20 of these Bootcamps in cooperation with some of the largest and leading hi-tech companies in the world, including Google, Apple, Microsoft, Cisco, Western Digital, Qualcomm, Amazon, Intel and more. According to Extra-Tech’s business model and strategy, although the companies are under no obligation to hire the Bootcamps’ graduates, the targeted training gives them an advantage as candidates for positions in those companies.

“The companies pay placement fees only for the applicants who they eventually hire”, Friedman clarifies. Extra-Tech’s unique business strategy has proven to be highly successful, with an amazing 80%-90% placement rate.

“We liked their goal”

One of Extra-Tech’s most prominent investors is the UJIA’s UK-based investment fund Si3 (Social Impact Investments in Israel), which invests in profitable social ventures in Israel. Menomadin Foundation is a member of the Si3’s investment committee.

“We first heard about Extra-Tech through our participation in the UJIA’s Si3 Investment Committee”, says Dr. Merav Galili, CEO of the Menomadin Foundation, “We liked the important social and economic goal they are promoting – increasing ultra-Orthodox participation in the Israeli hi-tech industry through training and placement programs, held in collaborations with leading hi-tech companies. When we learned more about their business model we found how smart and sustainable their strategy is, and so we decided to add a direct investment in the company, on top of our investment through Si3”.

“Making a difference in people’s lives”

“Our work makes a real difference in people’s lives”, says Avraimi, another Kama-Tech co-founder, “Here is a story that happened recently, just one of many”.

“One evening, after a lecture by an investor from a leading venture capital fund in front of a packed hall of ultra-Orthodox entrepreneurs, I went down to the parking lot to drive home, but when I got to my car I realized that my hat wasn’t with me and had to go back up to the office. In the elevator I met a young ultra-Orthodox Hassidic man, who I recognized as a relative of a famous Admor Rabbi. I remembered seeing him at the lecture and I was interested what brought him there”, he says.

“He told me that he was a self-taught programmer, a hacker, and that he came to see the lecture to broaden his horizons”, Avraimi continues, “He said he is an expert in almost all the programming languages, with three years of experience. But then he added that he is considering leaving the field because his salary is very low”.

“I was shocked. I immediately texted one of the recruiters I know at an amazing hi-tech company, sat the man down in front of a computer, and a few minutes later they invited him for a Zoom interview. Shortly after I received a message from the interviewer announcing that had been hired, for a salary close to the 31 he deserves”.

“And what about my hat? When I got back to my car I discovered I had left it on the driver’s seat”.