The Second Annual Gala Event of the Israeli Congress: Agreeing Upon an Israeli Future

The State of Israel was established as a Jewish and Democratic state and still today these values are at its core. Because of this combination, it is one of the most complex countries in the world, with a human and cultural mosaic that creates many challenges. In order to address these challenges, the Israeli Congress was established as a social venture in partnership with the Menomadin Foundation and Bar-Ilan University. The Congress takes place at the Center for Jewish and Democratic Law, within Bar-Ilan University’s Faculty of Law. Its purpose is to change the public discourse in Israel and reduce tensions in Israeli society.

As a joint venture of academia, the business sector, and the social sector, the Israeli Congress is made up of people who believe that the key to reducing the tension is to generate a system of agreements through productive public discourse guided by applied mediation and dispute resolution tools. The Consensus Councils use this methodology to conduct discussions between various conflicting sectors in order to reach an agreement on the issues in question. The underlying goal of these discussions is to ensure that the State of Israel can remain both Jewish and democratic while giving a voice to the diverse groups that live there.

“Through the Congress, Israeli society can accomplish this mission by building unity and compassion,” said Haim Taib, President of the Menomadin Foundation and President and Founder of the Israeli Congress, at the opening gala, which took place at the Yitzhak Rabin Center. He invited those in attendance to join the Israeli Congress and to take action, because “the change begins with us.”

Throughout the evening, Isaac Herzog, Haim Taib, Prof. Arie Zaban, Adv. Dalia Rabin and Shaykh Mowafaq Tarīf all took the stage to speak about their connection to and support for the project and its activities.

The Consensus Index on the Cohesion of Israeli Society was first presented at the event. This Index was built upon the results of an extensive survey, which included over 2,400 participants from all segments of Israel’s population—84% Jews and 17% Muslims, Christian Arabs, and other ethnicities. The survey was provided both in Hebrew and in Arabic. The results were clear: Israeli society is divided, perhaps more than ever. Nevertheless, the results also gave hope—in each of the issues raised, the majority of participants indicated that they believe the matters can be settled, and they are ready to compromise. Examples of issues listed in the survey include public transportation on Shabbat, the Nation-State Bill and refugees vs. infiltrators. Haim Taib said his dream is for the Israeli Congress venture to expand into more areas and become an “Israeli home for consensus-building,” one that everyone will see as a platform for addressing social issues. Isaac Herzog, Chair of the Jewish Agency, said he supports the venture and acknowledges the great importance and responsibility of maintaining ongoing social discourse. 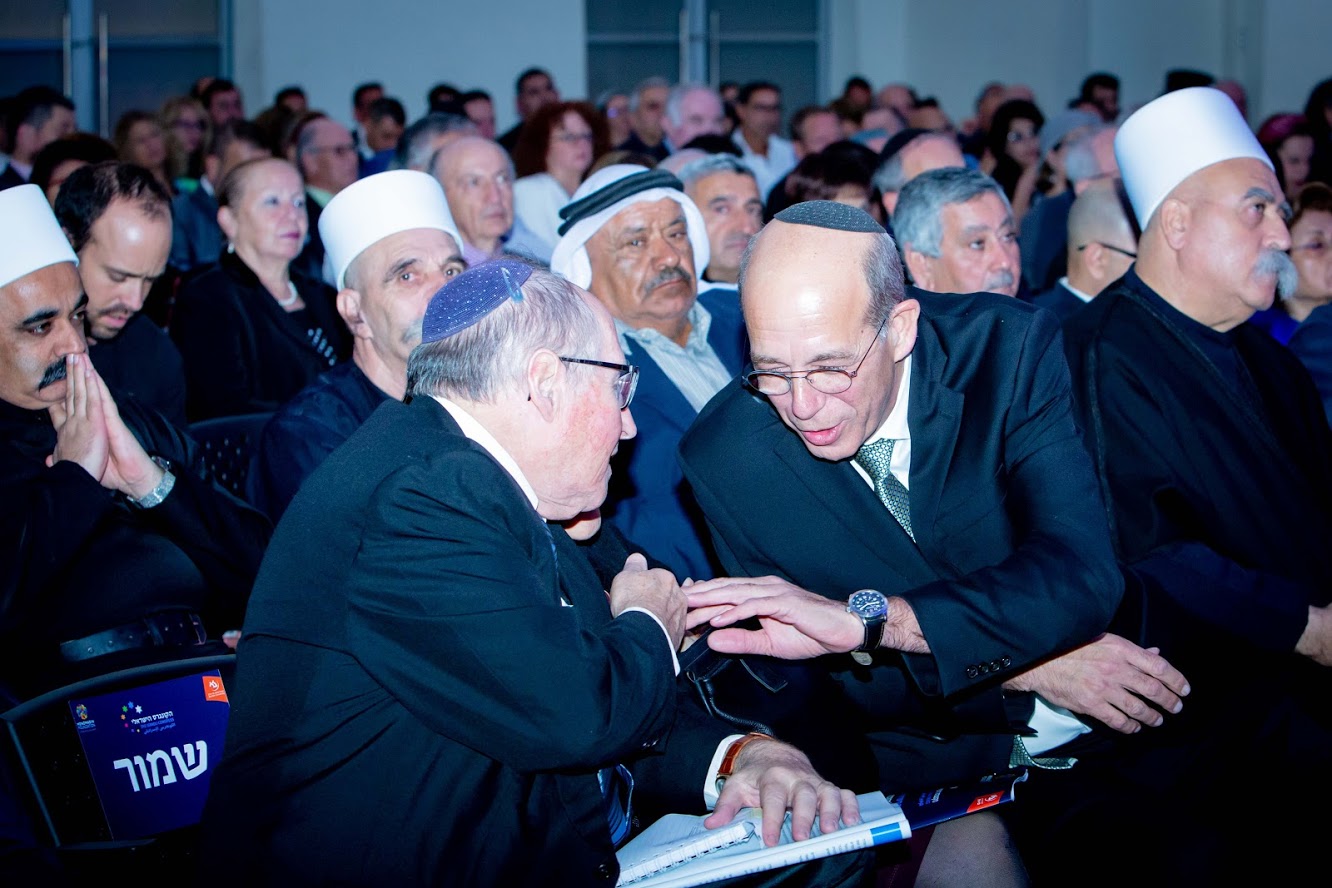 This year’s event also included a presentation of the activities of the first Consensus Council, which dealt with the topic of Judaism in the public sphere. According to Attorney Gilad Weiner, Director of the Israeli Congress, the topic is aligned with the vision of the Congress: to address the most sensitive issues that give rise to the existing complexity in the various divisions of Israeli society. During the meetings, the underlying sentiment has been that compromising on these issues is equivalent to compromising one’s identity, which in turn could lead to distrust and division. The methodological use of open, honest, and respectful discourse quieted this fear. Allowing people to take down their walls. Prof. Arie Zaban, President of Bar-Ilan University, believes that this is an opportunity to get everyone on the same page towards a consensus: “Together we will all succeed in making a change.”

Adv. Orna Bardichev-Lev and Attorney Nitza Navon, facilitator of the first Consensus Council, stated that the agreement-building process involves multi-participant discourse and negotiation, the purpose of which is to create agreements around key issues on the agenda. The process aims to identify the greatest possible common denominator between participants and to enable them to formulate agreeable win-win solutions. The steps include assembling a group, holding meetings guided by mediators, selecting discussion topics, formulating principled agreements, presenting them to the public for their comments and feedback, reformulating the agreements in more detail, and sharing them again with the public before finally presenting to decision-makers.

Representatives from the various sectors that participated in the first Consensus Council are working to promote the agreements to the general public and implement changes accordingly in their future activities. Miri Shalem, CEO of The Institute for Zionist Strategies, said she felt that she did not embark on a journey with a planned path and a clear destination, but rather a multi-participant journey with one starting point, without knowing where it would take her. “Today we realize that we have walked the roads less traveled. These roads will not necessarily bring us to the Promised Land, but those who walk them experience a transformation.”

The second day of the annual event consisted of roundtables, which took place at the Menachem Begin Heritage Center. Prof. Elyakim Rubinstein, Deputy Supreme Court President and Chairman of the Israeli Congress Advisory Forum, spoke at the opening, followed by Prof. Yaffa Zilbershats, Chair of the Planning and Budgeting Committee, who concluded her remarks stating, “I believe the sky is the limit”. Later, Dr. Merav Galili interviewed the Mayors of both Jerusalem and Ramat-Gan, Moshe Leon, and Carmel Shama Hacohen, who both lead mixed cities and regularly face controversial issues. Dr. Galili ended the interviews by saying that the best way to bring together the divided community is by getting to know one another. Event guests were given a taste of the Consensus Council’s experience—they were divided into roundtable groups for discussions led by the first Consensus Council and local Consensus Council leaders.

Looking to the future, the members of the Congress unveiled the start of the second Consensus Council and its sub-councils, which practice in five municipalities and deal with conflicts relating to Judaism in the public and urban spheres: Jerusalem, Ashdod, Yavneh, Modi’in, Modiin-Illit. Members will participate in the process of building intra-urban agreements and will also be in contact with the local councils and the first Consensus Council. The third council is also expected to begin its meetings; this council will focus on Jewish-Arab relations in Israel and will include leaders who are active in this field, and down the line, local councils will follow in order to address issues specific to their cities or regions.

Prof. Shahar Lifshitz, Head of the Center for Jewish and Democratic Law at Bar-Ilan University and one of the founders of the Israeli Congress, summed up the day’s events: “We are telling Israeli society: Take the reins. If politics and the media cannot produce solutions, we can. We have time, patience, and methodology.”