The Center, which operates within the Faculty of Law at Bar-Ilan University, has served for five years as an academic nerve center for engaging in the theoretical, normative and policy-driven questions arising from the constitutional coupling in Israel’s conventional definition of identity as “a Jewish and democratic country”, while understanding that there are ways to compromise and bridge the built-in tension between these two parts.

The Center offers courses and research programs for students, operates an educational program in high schools throughout the country, and works with Supreme Court justices, lawyers and decision makers at all levels. Today, only a few years since its establishment, the Center seems to be systematically and consistently achieving its mission, and its work gains publicity and recognition. The Menomadin Foundation joining the Center is expected to expand the Center’s operations.

“The Academic Intellect of the Israeli Congress”

The evening began with a few words from Bar-Ilan University President Prof. Aryeh Tzaban, who thanked the president of the Menomadin Foundation, Haim Taib, for the ever-tightening cooperation he is leading with the university. “Having established the Israeli Congress for Judaism and Democracy, which strives to bridge the ongoing tension between the country’s Jewish identity and its democratic identity by a broad public process of building agreements between the various groups in Israeli society, The Menomadin Foundation, headed by Mr. Taib, is also looking to strengthen the ‘academic intellect’ of the Israeli Congress, which is the Center of Jewish and Democratic Law, that seeks new ways to develop this ‘Jewish and democratic’ coupling that defines Israeli society and Israeli law”, said Tzaban, “This exciting development illustrates the depth of the relationship between both parties, as well as the ability of the academy to profoundly cooperate with people of action. For this we express our sincere gratitude”.

Prof. Oren Perez, Dean of the Faculty of Law, referred to the event taking place during the COVID-19 crisis, which, as he claimed, exposed a serious fracture in Israeli society, especially with certain ultra-Orthodox communities. “It’s early to judge the nature of the gap the COVID-19 crisis created between different groups in Israeli society, how it will affect the future and what it means. Therefore, I see it as an opportunity for the Menomadin Center for Jewish and Democratic Law to understand the nature of the gap, in the academic arena, but also in the practical arena, by meetings with the various communities”. 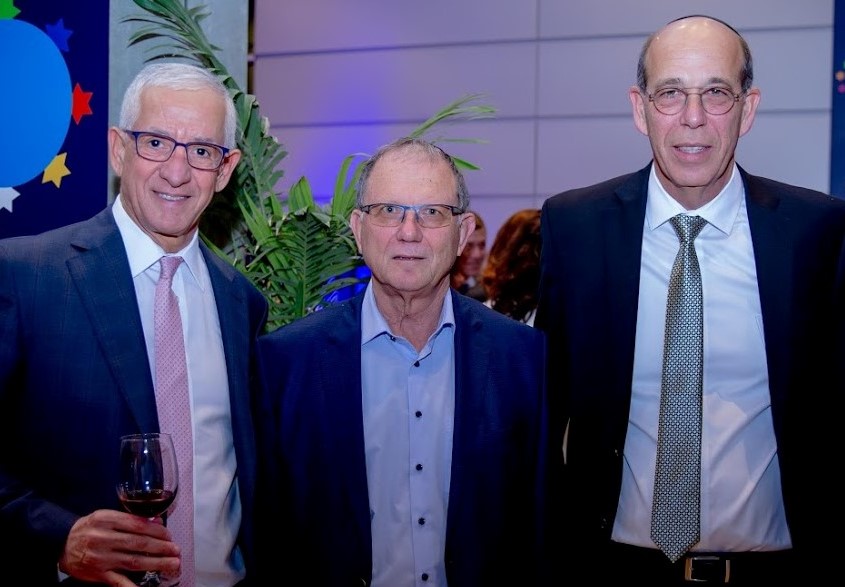 “A Home for the Jewish-Democratic Majority”

“The State of Israel defines itself as a Jewish and democratic state, and almost every survey found that most of the Israeli public wants it to continue to be both Jewish and democratic. However, in recent years the voice of two groups that don’t agree on anything but the notion that the State of Israel cannot be both Jewish and democratic is becoming louder”, Prof. Shahar Lifshitz, head of the Menomadin Center for Jewish and Democratic Law, addressed the root of the intensifying Israeli public debate. “One group perceives the values of democracy as a threat on the country’s Jewish identity, while the other finds a threat in every sign of Judaism while wishing to adapt the country to a very specific liberal-Western model”.

He welcomed the tightening cooperation between the Academy, which represents the world of ideas and the Menomadin Foundation, that operates in the world of action. “I hope that together we will be able to bring a real annunciation to Israeli society”, he concluded.

“The Quest to Defining Our Identity”

“Today, as we inaugurate the Menomadin Center for Jewish and Democratic Law, I feel that we have set another milestone in our common journey – the quest to defining our identity, which is the heart of the challenge in a Jewish and democratic state”, said Menomadin Foundation President Haim Taib.

According to Taib, leading social processes that will get to the root of the problem is the main task of the Center. “Only an academic-law center, which refines the definition of the problem and builds a language, research and an entire library of information and methodology in this discipline will be able to ‘crack’ this challenge,” he said.

Taib, who is today a successful international businessman, shared his youth’s personal struggle to defining his own identity, regarding the sectarian rift that was present and powerful at the time. Taib described the ‘internal war’ he and his friends experienced, trying to maintain the eastern culture and values they absorbed at home while also trying to fit in and do well in a society that was mostly western. “This war was about our lives, our entire futures were at stake, nothing less”, he said, “each one of us dealt with this in his own way: there were those who excelled in sports, others in school, and there were also friends who failed to fit in at all. But, in my opinion, the ones who gave up on their roots lost the most. For the loss of your identity no achievement can compensate”.

According to Taib, the personal struggle for self-determination is also reflected in the processes that society and the entire country are going through. “In recent years, we are at the height of this war on our identity, which unfortunately is evident by radicalization, divisive discourse and unjustified hatred”, he said with concern. Taib presented the results of a survey conducted by the Israeli Congress on Judaism and Democracy, stating that over 50% of young people would not agree to go on a date with someone who doesn’t share their political views. “This survey took me back more than forty years, when marriage between ethnic groups was almost taboo”, he said, “decades passed until we got to a situation where our children went colorblind, in the good sense of expression. And here we are again on the brink of an abyss – when political opinions are a pre-condition for personal connection. In my eyes, this is a definite expression of deep division, and another symptom that asks us to touch this central and painful issue”.