Haim Taib is the Founder of Mitrelli Group, an organization that focuses on improving quality of life in developing countries; the President and Founder of Menomadin Foundation, which specializes in social impact through a blended finance approach that integrates philanthropy and impact investments; and he is also the owner of Menomadin Group, which aims to maximize profits from strategic investments.

Taib’s core values led him to complement his profitable activities with social ones, and he wishes to pave the way for this to be the agreedupon, standard way of doing business, for other businessmen to follow suit.
Over the years, Taib has been working hard to establish prosperous communities whose members have the opportunities to realize their potential – he is committed to the development and empowerment of societies.
Taib’s intuition, empathy and ability to connect with others on a deep level are apparent in the social projects he has established in Africa, his business base, as well as in Israel, his homeland.

An Entrepreneur Since Birth

Born in Jerusalem in 1960, Haim Taib was raised in a rural community (a Moshav). His family worked the land, helping to fulfil the mission of the young Israeli state.
Following his military service in the Israel Defense Force, he joined his father working in agriculture while cultivating new partners.
The knowledge and experience he gained in this time led Taib to develop businesses in Portugal, and in 1991 he arrived in Angola for the first time.
At that time, Angola was coming out of a long harsh civil war. Taib managed to recruit leaders from both sides of the war for a joint venture to establish agricultural settlements in peripheral areas of the country. In line with the Israeli model of the Kibbutz and Moshav, residents’ harvest supported the local community.
The success of this project proved Taib’s ability to establish a civil infrastructure for Angola. He leveraged this success to further support the nation’s recovery, as it strove for financial independence.
Taib researched business models that had proven to be successful in Israel, while, at the same time, studying thoroughly the diverse African cultures, and thus adapting those business models to fit the specific needs and characteristics of the Angolan culture. 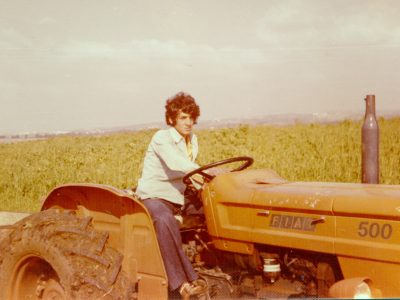 Haim Taib, in his youth at Moshav Olesh.

His entire vision was then materialized through the establishment of the Mitrelli Group, with 38 subsidiaries and over 2,000 employees. Mitrelli Group specializes in infrastructure development. Through Mitrelli, Taib has built vocational schools, boarding schools for youth at risk, healthcare clinics, agricultural villages, electric and telecommunication networks in remote areas, and more.
Taib’s approach of ensuring his business endeavors are always accompanied by positive social impact led him to initiate an unprecedented affordable housing project, one of the largest projects of its kind throughout the African continent. The concept behind this project is to form communities and support them with proper housing, kindergartens and schools, clean running water, electricity,  telecommunication, and social services for the wellbeing of the local population. The neighborhoods are designed to fit the local style and culture and the city authorities have been responsible for  providing social services like healthcare and education in accordance with state regulations. Mitrelli
has been building about 40,000 housing units, currently at various stages of development. Over 30,000 families are expected to benefit from the many opportunities afforded by the project, providing their children with children with the possibility of a better future. 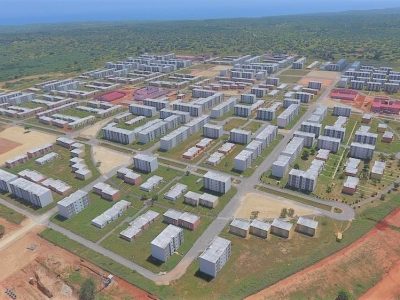 Over the years, Taib created strong business networks globally and gained a reputation as a prolific entrepreneur, enabling him to build international collaborations and import novel technologies for the benefit of the citizens of Angola. Moreover, to encourage Israeli-Angolan collaborations involving commercial companies and governmental entities, Taib, along with several of his partners, initiated and founded the Israel Angola Chamber of Commerce, for which he served as President for two years. Today, the Mitrelli Group operates in Angola, Senegal, the Ivory Coast and Mozambique. In each of these countries Taib has implemented his approach to generate social and environmental gain, alongside financial profit.

In 2019, Taib established the Menomadin Foundation, based on a novel financial model, economically and creatively utilizing human resources. The Foundation’s operational strategy is guided by both moral and pragmatic factors, with the goal of identifying the root of complex problems and designing appropriate creative and holistic solutions that will yield the greatest impact.
The Menomadin Foundation methodically merges strategic philanthropy, impact investments, and cross-sector collaborations to ensure fundamental change wherever it operates around the globe.
In this spirit, among the many projects and activities Taib is involved in, he is hard at work to improve the quality of life of the children of Africa as the President of the African branch of Save a Child’s Heart, an NGO that has been bringing sick children to Israel for lifesaving heart surgeries for the past 25 years. This activity gained UN recognition and when they met in the Vatican, Pope  Francis, Head of the Catholic Church, personally urged Taib urged Taib to continue this important work. 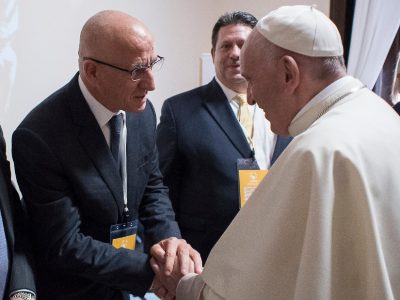 In addition to his heavy involvement in activities across the African continent, Taib is also deeply committed to the society in his homeland, Israel. Taib initiated and established the Israeli Congress, a forum that uses mediation and dispute resolution techniques to generate agreement between various conflicting sectors. Well-established in the business world, the Congress is adapting this methodology for the social arena.
The Israeli Congress is the fruit of a unique collaboration between businessmen and a prominent academic institution, Bar-Ilan University. After three years of activity, the Israeli Congress has become a leading player in the field, with hundreds of activists involved and millions of people that have been exposed to its vision and diverse activities.
In the same spirit of innovation and entrepreneurship led by Taib in the last three decades, Menomadin Foundation invests in Israeli startups while promoting and developing novel financial models for social investments.
This past year, alongside the establishment of Menomadin Foundation, Taib created the Menomadin Group, which combines, under one umbrella, all of his international business activity and manages his investments to maximize the profits that enable the various social impact projects.

Taib is husband to Iris, father to Meital, Maayan, Noa, David, Maya and Din, and grandfather to Omer, Ariel and Uri. He is highly committed to making the world a better place for his descendants and future generations.

“Every great thing that ever happened began as a dream. When people can dream, they can create. They can change. They can reinvent themselves and rewrite their own stories. But, for some, dreaming is not as easy as it is for others. The greatest challenge of humanity, therefore, is to ensure that people, all people, will never lose the ability to dream a better life for themselves.”
Haim Taib, President and Founder of the Menomadin Foundation