The Menomadin Center for Jewish and Democratic Law

The Menomadin Center for Jewish and Democratic Law develops legal and academic infrastructure to facilitate synergy between the components of Israeli identity and impact the public discourse. The Center, which operates within the Faculty of Law at the Bar-Ilan University, works to advance research, train change agents, and develop solutions to enrich and support the State of Israel’s Jewish and democratic identity. Programs include extensive educational and public activities, based on academic research and collaborations with different communities. The activity includes public figures and a variety of researchers, led by head of the Center Prof. Shahar Lifshitz.

The Center’s vision sees the potential in the Jewish and democratic identity of the State of Israel as a source for solidarity and prosperity. 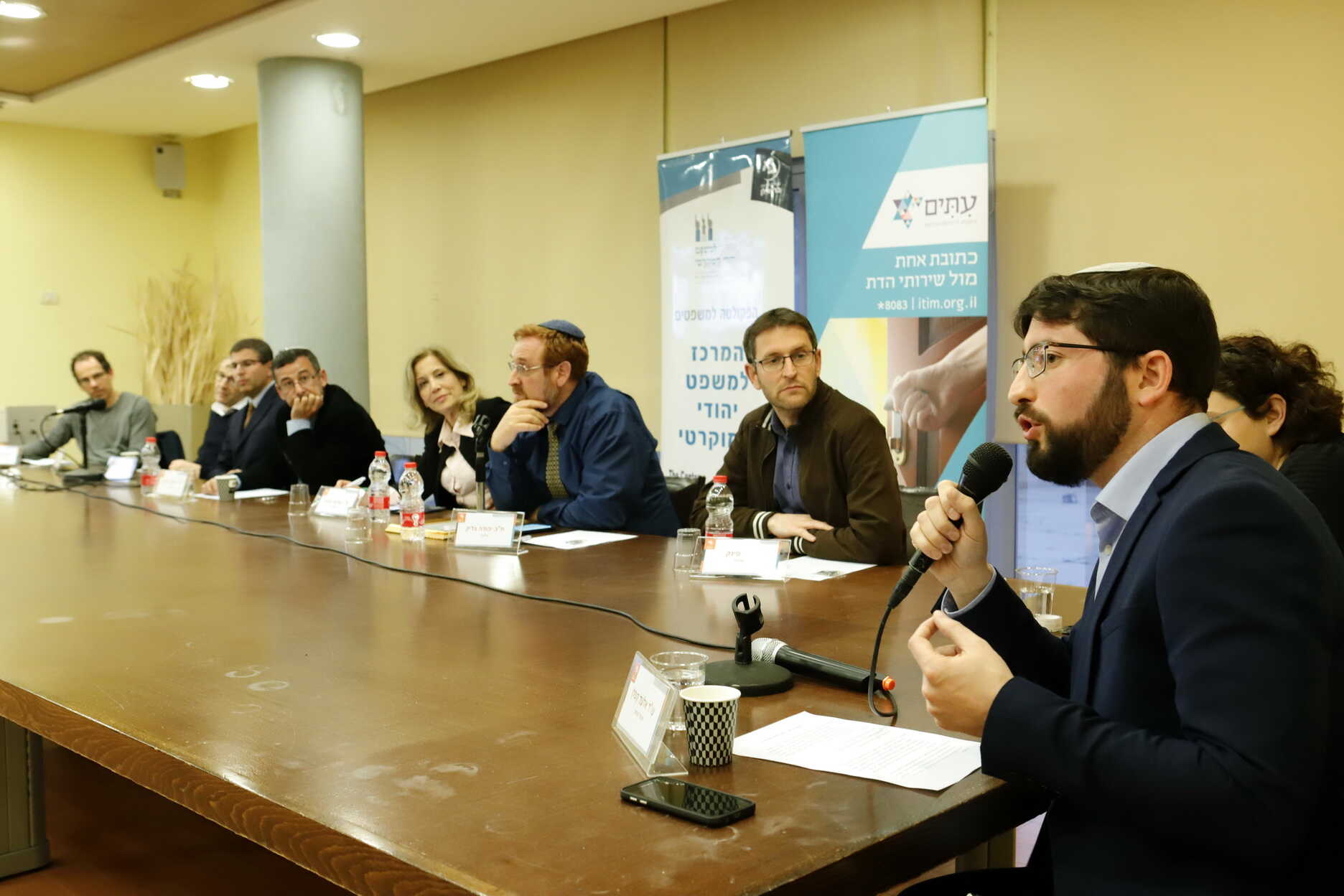 Israel is a Jewish and a democratic state. While this is part of Israel’s law and founding documents, in recent years we have witnessed intensified public confrontation between two extremes – one that perceives the values of democracy as a threat to the state’s Jewish identity and one that identifies every Jewish expression as a threat to the state’s democratic identity.

The Menomadin Center for Jewish and Democratic Law specializes in collaborations between different communities and identities in Israeli society, using research-based methodologies to formulate solutions based on a critical and inclusive discourse. The Center is committed to addressing the needs, preferences, beliefs, and concerns of different communities in Israeli society.

Alongside The Israeli Congress, which seeks to bridge the ongoing tension between the Jewish identity and the democratic identity of the state through a broad public process of building agreements between the various groups in Israeli society, the Center focuses on theoretical, normative and policy oriented questions.

The Center offers courses and research programs for students, runs an educational program in high schools throughout the country, and works publicly with Supreme Court justices, lawyers and decision makers at all levels.

Extra-Tech is a company working to integrate ultra-Orthodox Jews into the...

Young Druze leaders, influencing the social agenda amongst the national and...

A one-of-a-kind social initiative with a mission to strengthen Israel’s social...